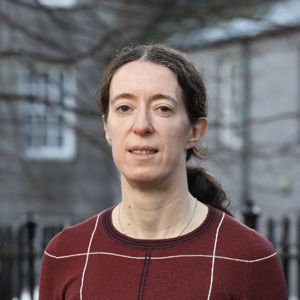 The shifting energy landscape during the past 12 months has seen many governments firmly place hydrogen at the heart of their energy transition strategies with some touting it as a silver bullet.

Caragh McWhirr, Head of Hydrogen Strategy at Xodus, shares her thoughts on why the alternative fuel source cannot be considered in black and white.

“Hydrogen fuel is one of the many potential energy sources that could help reduce carbon emissions and slow global warming,” says Caragh. “In linear terms, hydrogen is the most common element in the universe but it’s not as simple as that as there’s virtually none readily available.”

Hydrogen’s versatility has established it as an attractive alternative fuel source. It is already widely used in some industries, however, it has not yet realised its potential to support the energy transition.

“What we are seeing now is plans for hydrogen to be deployed for transportation purposes, particularly within the shipping industry, or for use in large fleet-type vehicles such as trucks or lorries. As carbon abatement continues to become an increasing priority throughout all industries, having zero or low transport fleets will be a crucial element if we are to decarbonise the entire supply chain.”

Despite the variety of cleaner fuel sources being developed, hydrogen’s adaptability makes it a particularly suitable power source for both these industries.

“One kilogram of hydrogen can deliver the same amount of power as a gallon of diesel. It is also much quicker to refuel a hydrogen-powered vehicle than recharge one with an electric motor, and for many of these large-scale freight trucks, batteries are too small to provide an adequate and efficient fuelling source for long-haul journeys.

“Within shipping, we are witnessing a similar trend. Ammonia, a low carbon fuel created when hydrogen and nitrogen are reacted together at high temperatures and pressures, has witnessed a significant surge in popularity within the maritime sector.”

With shipping accounting for nearly 5% of the world's emissions in 2021, scaling up the deployment of a zero-carbon fuel, such as ammonia, will be key for large-scale shipping organisations in achieving their ambitious net-zero targets.

Despite these apparent benefits associated with transitioning from natural gas to hydrogen, and a clear willingness from global policymakers to scale up its production, hydrogen usage, and production is still largely in its infancy.

From Caragh’s perspective, there is one main factor causing this blockade in the path of ramping up hydrogen production for wide-scale deployment.

“Producing hydrogen, particularly from low-carbon energy, is currently costly. Because hydrogen must be derived from inputs such as gas or electricity, its cost will fluctuate alongside the market price of its primary product.”

Beyond this, there are the costs of establishing the necessary infrastructure for storing and transporting hydrogen.

“We are starting to witness the rollout of refuelling stations, though this is primarily maintaining a hub-type approach, with some regions targeted ahead of others. If we are to scale up the infrastructure and technology necessary to store and transport hydrogen for mainstream usage, it will require huge financial investment.”

Another challenge that has abated hydrogen’s ability to transcend industries thus far are the risks associated with it.

“As we continue to learn more and develop our technology surrounding hydrogen, I have little doubt we will be able to engineer solutions around these risks.

“The real challenge with this lies within the image of hydrogen. From a commercial point of view, it is a harder sell to the everyday homeowner as an energy source than natural gas, due to its safety issues. Even if large sums are invested into scaling up hydrogen production for use within gas networks, stakeholder management will inevitably be the biggest obstacle in hydrogen’s transition into mainstream usage.”

Due to the fundamental challenges associated with hydrogen, particularly the vulnerability of its cost, it is too early to deem the fuel source as a ‘silver bullet’.

“As we continue to innovate low-carbon solutions, hydrogen will inevitably dominate an increasing number of markets, but it is unrealistic to expect it to fit all our energy needs. Hydrogen certainly has its place within the future energy mix but it cannot be the only answer to solving all our problems.”